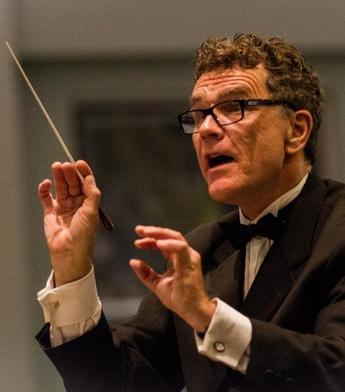 Barry Scott Williamson, Founder and Artistic/Executive Director of the Texas Bach Festival, has a lengthy and revered international history of conducting innovation and accomplishment.  Known for his dynamic performances of 18th century repertoire, his stylistic knowledge and passionate affinity with the works of Johann Sebastian Bach and his contemporaries has been of particular significance.  His administrative and artistic accomplishments with the Austin Civic Chorus (1987-1991) elevated ACC into one of Austin's leading choral organizations. Thriving under the tutelage of renowned Bach scholar/conductor Helmuth Rilling summers 1988-1990 in the Oregon Bach Festival active conducting master class, Dr. Williamson made his European conducting debut at the 1991 European Music Festival in Stuttgart with the Gächinger Kantorei and Bach Collegium Stuttgart. Upon receiving his DMA from UT-Austin, Williamson served as Director of Choral Activities at Trinity University and UT-El Paso, the latter where he conducted El Paso's first-ever complete performance of Handel's Messiah. As Founding Artistic/Executive Director of the Texas Choral Consort 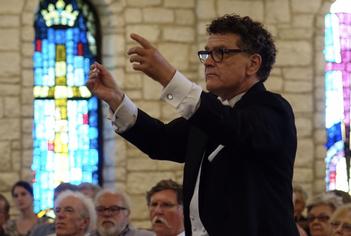