Beginning the violin at the age of eight, Canadian violinist Patrice Calixte was later admitted into a highly competitive high school music program in Montréal, Québec, where he studied with Francine Pépin He then went on to study with Claude Richard, at Université de Montréal where he obtained his Undergraduate and Master's degree in music performance.  A very experienced orchestra musician, Patrice has worked with may orchestras in Québec and Ontario, including the Orchestre Symphonique de Montréal, Orchestre Symphonique de Québec and the Kitchener-Waterloo Symphony Orchestra.  He was then hired in the first violin section of the Calgary Philharmonic Orchestra where he stayed for two years.  Leaving Calgary in search of more personal development, Patrice is now finishing his Artist Diploma at the University of Texas in Austin where he studied with Daniel Ching.  He has also had the occasion to perform as soloist with various orchestras in Montreal and surroundings.  In August 2018, Patrice was hired as an associate concertmaster of the Austin Symphony Orchestra.

​​​​David Polley is an adjunct Professor of Organ at Southwestern University in Georgetown, TX and currently serves as the Music Director of Grace Episcopal Church in Georgetown.  He earned degrees from Concordia University, Seward NE; Northwestern University, Evanston, IL; and the University of Nebraska, Lincoln, NE.  He has served Lutheran, Catholic, and Methodist churches in Wisconsin, Nebraska, and Texas.  He has performed as a featured recitalist in concerts in the Georgetown Festival of the Arts playing music of Schubert, Schumann, Saint-Saens, and Vierne as well as Scandinavian and Latin American composers.  His most recent invited recitals include the Church of the Heavenly Rest in Abilene, TX, St. Austin Catholic Church in Austin, TX, and Redeemer Presbyterian Church, Austin. 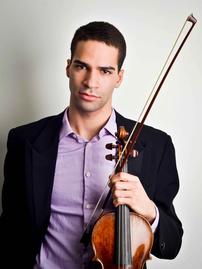 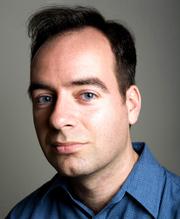 Tim O'Brien has sung with Austin Opera, the Minnesota Opera, the Dale Warland Singers, the National Lutheran Choir, and the Rose Ensemble.  Recently he performed  Bach's B Minor Mass with Portland Oregon's The Ensemble, where his "vibrant and subtle" singing was praised by Oregon Artswatch.

Dr. O'Brien's performances can be heard on eleven commercial recordings, including the Grammy-nominated Walden Pond.  Tim is an alumnus of Gustavus Adolphus College, where he taught and conducted before relocating to Austin.  He currently on the faculty at St. Edward's University, is director of music at St. Martin's Evangelical Lutheran Church in Austin and is artistic director of Living Paper Song Project. 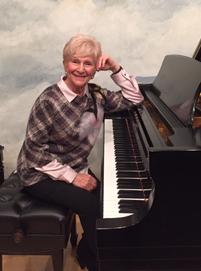 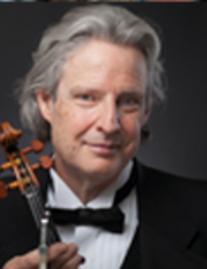 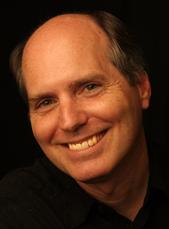 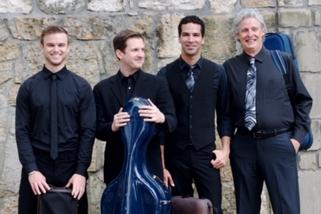 Ms. Blumenthal has appeared as soloist with many ensembles including the Chicago and Houston Symphony Orchestras. She has received high acclaim for her numerous chamber music performances with members of the Philadelphia Orchestra, and duo recitals with her late husband Philadelphia Orchestra cellist, Bert Phillips, and other internationally renown artists. A native of Chicago, she is a graduate of Northwestern University School of Music, and the University of Houston (graduate studies); post graduate studies with Leonard Shure at the University of Texas, and Rudolph Serkin at Marboro Chamber Music Institute in Vermont. Ms. Blumenthal is a Steinway Artist.

Ms. Blumenthal is currently director of the CHAMPS (chamber music public schools) for Salon Concerts, Austin, Texas. and Artistic Director and Pianist for Classic Chamber Concerts in Georgetown and Round Rock.  She has participated in the Georgetown Festival of the Arts for the past five seasons. Toby and her late husband, Bert Phillips founded the Luzerne Music Center and the Luzerne Chamber Music Festival in Lake Luzerne, NY in 1980 where they shared executive and artistic directorships, and Toby developed the Piano Studies Program where she shared her talents each summer with many aspiring young musicians. She was also Founder and Co- Artistic Director of Classic Chamber Concerts in Naples, Florida where she performed with the Luzerne Trio (Raymond Gniewek-violin, Bert Phillips-cello), and the Philadelphia Piano Quartet (Norman Carol-violin, Lamar Alsop-viola, Bert Phillips-cello) from 1995 to 2009. 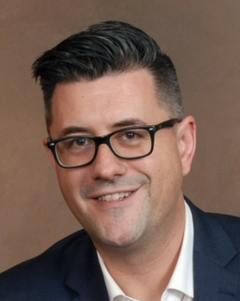 Rick Rowley has given concerts with many of the world’s finest instrumentalists and singers and his solo and collaborative performances have taken him throughout the United States, to Europe and Latin America. He has recorded several solo CD’s, as well as chamber music and songs for voice and piano. His recording with flutist Marianne Gedigian, “Revolution,”was one of the first CD’s on the University of Texas Longhorn Label. In addition to his performing career, Mr. Rowley has been on the faculty of the Butler School of Music for the past twelve years. He coaches singers, works with collaborative pianists and has taught classes in a variety of subjects. He has also performed Beethoven’s “Choral” Fantasy and Bernstein’s “Age of Anxiety” with Gerhardt Zimmermann and the University of Texas Symphony Orchestra. His performance of Schumann’s C major Fantasy, Op. 17, won the Austin Critics’ Table award for Instrumentalist of the Year, and was named one of the 10 Best Performances of Music and Dance by the Austin Chronicle.

Bruce Williams began his professional career at age fifteen and four years later won a position with the Fort Worth Symphony. In 1983, he traveled to Israel to become principal violist of the Haifa Symphony Orchestra and a member of the Haifa Clarinet Trio, performing all over Israel and Europe. Upon returning to the United States, he became a member of The Orchestra of Santa Fe as assistant principal. During that time, he was in great demand as a free-lance player as well, traveling all over Texas performing with various musical organizations. He was also a member of the Allegro Chamber Trio with Flutist Megan Meisenbach and harpist Mary Golden. This group toured the United States for years and was featured on National Public Radio’s “Performance Today”. They recorded on Centaur records as The Meisenbach / Golden Duo. In 2003, he won the Austin Critics Table award for Outstanding Instrumentalist for his performance with the Austin Symphony of “Harold in Italy” by Hector Berlioz.

Currently, Mr. Williams is a founding member and manager of the Artisan Quartet presenting the “Artisan Quartet Series” since 2012 in Austin – the Quartet performed at Carnegie Hall presented by MidAmerica Productions the same year. The AQ was recently named Quartet in Residence both with the Mozart Festival Texas in San Antonio and also the newly-formed Mason County Chamber Music Festival where Mr. Williams will serve as Artistic Director. He is a guest artist on the Cactus Pear Music Festival in San Antonio and the Fayetteville Chamber Music Festival in Fayetteville, Texas and has been invited to chamber music festivals in California and Colorado. He is the principal violist in the Austin Symphony Orchestra and the Victoria Bach Festival where he often appears as chamber musician and soloist. He also has served as Director of Chamber Music and a featured performer with the Texas Bach Festival since its inaugural festival in 2017.  Mr. Williams has recorded on Harmonia Mundi recordings with the Grammy Award-winning choral group Conspirare lead by Craig Hella Johnson.

Italian tenor Angelo Ferrari has been performing professionally for over 30 years, delighting audiences throughout the world.  Trained in the Italian art of bel canto by his father and acclaimed tenor Lazzaro Ferrari, Mr. Ferrari has specialized, to critical acclaim, in the dramatically and vocally challenging roles written by composers such as Bellini, Donizetti, and Puccini, that few tenors have undertaken successfully.  Mr. Ferrari's talent inspired Maestro Kurt Herman Wilhelm to write "Angelo will be one of the important tenors of the 21st century."

Winner of the first prize in the 2007 Mario Del Monaco Foundation competition, he has performed the leading tenor role in La Boheme, La fille du Reginment, Rigoletto, Don Pasquale, La Sonnambula, La Favorita, Il Trovatore, I Puritani, I Pescatori di Perle, La Traviata and many more in major theaters in Italy, Austria, Germany, Switzerland and many other countries.  He is also in great demand as a soloist for oratorios, both from the early music period as well as modern pieces such as the Missa Basniensi world premiere.

Mr. Ferrari's 2013 album ​Pasion Latina is a collection of famous romantic melodies and showcases his versatility.  2014 and 2015 included several concerts in Europe, most notably Verdi's masterpiece Messa da Requiem in Vienna.  In 2016, Mr. Ferrari's talent and contributions to the Houston arts scene were recognized when the City of Houston proclaimed April 24, 2016 as "Angelo Ferrari Day".  He continues to perform and is a firm believer in opportunities for young artists and exposing new audiences to the wonders of music. 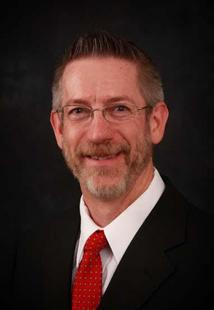 The Artisan Quartet is comprised of mostly Austin Symphony principal players and has been referred to as "Austin's hometown string quartet". Hometown yes, but not local. The Artisan Quartet took its music out of state in 2012, traveling to the crucible of classical music when the quartet made its New York debut performing on the Carnegie Hall Weil Recital Hall Chamber Music Series. The concert in New York was made possible with very generous gifts from the Classical Artist Development Foundation and the Amatius Foundation, and was commemorated by the Texas House of Representatives on March 13, 2013 with H.R. 703 read into the Texas Congressional Record with the Artisans present. It was also around that time that the Artisan's completed their three season long "Genius at Play" Series, featuring the complete string quartets of Beethoven and started their own "Artisan Quartet Series" in Austin originally presented by the Austin Symphony. They performed several seasons at the Victoria Bach Festival, and are presently the Quartet in Residence for the Mozart Festival Texas in San Antonio, the Mason County Chamber Music Festival, and the Texas Bach Festival. 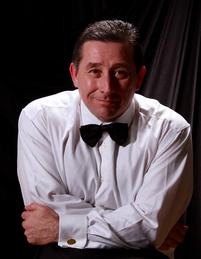